When you have a 3 year old, you spend your time thinking about preschool, the next playdate or making sure that they don’t bite their sister. You don’t think that you will have to worry about hospitals and finding a doctor to diagnose a mystery illness. You don’t imagine that you will need to stop Republicans from voting in two weeks to strip away health care for our families. 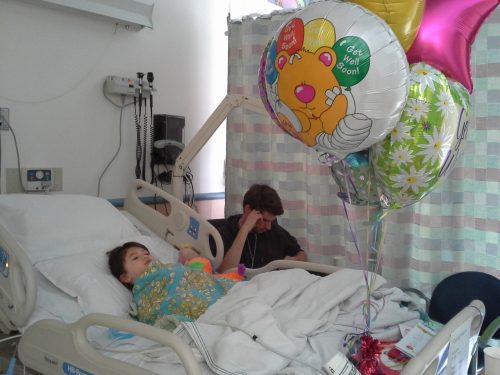 When my daughter was almost 3, she got sick, like most kids do, but after five days she still had a 105 degree fever. Her eyes started to dance, and she couldn’t stand. She ended up in the hospital for a week. Luckily, I had just gotten a job with health insurance that started the day before we took her to the hospital. Her final bill was over $160,000. One treatment she received cost $10,000 a bottle.

We were 3 days away from not having medical coverage. Our family would have been devastated. I am scared for the millions of Americans that will lose their health care under the bill that Republicans are rushing through the Senate right now — a bill so unpopular that they’re keeping it secret from us until the vote.

We don’t have time to spare. Can you join us in a nationwide emergency action next Wednesday 12pm at the SF Federal building?

Or come out to a phone bank to call voters to win the 3 swing votes we need to stop this.

My daughter, and all our families should have the health care they need. We can not stand by as millions of people lose their healthcare and will be one sickness away from losing their home or worse, losing a daughter, or a loved one.

Half of Californian children depend on Medicaid, a program that would be slashed by billions under the Republican bill.

On Wednesday, June 21st, can you stand up for children like mine across the country that need and deserve health care?

And every day next week, join us to call voters to pressure the Senators we need to vote for our health care.

We’re in this together

We’re in this together. We see you, no matter how you are feeling in this moment. Scared for yourself,
MORE