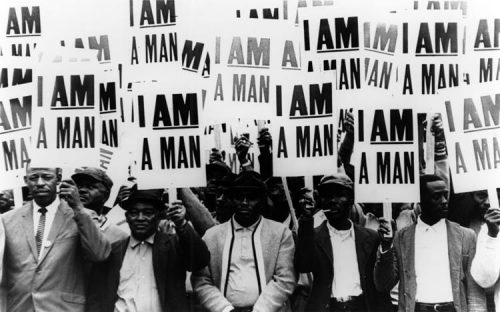 When Martin Luther King Jr. was killed on April 4 nearly 50 years ago, he was in Memphis to support Black sanitation workers who were on strike against politicians intent on busting their union. King saw a deep link between the labor and civil rights movements and believed that union rights were fundamental to achieving racial justice. Four hundred years of slavery and segregation, combined with 40 years of anti-union policies and continued racism, continues to hold Black and Brown people back in this country.

Unions are fighting back against Trump and the so called “right to work law”s which are an attack on all workers!

Bay Area security officers who are majority Black workers will announce the kick off their contract campaign against low wages and discrimination.

Fast food workers from the Fight for $15 and Black public sector workers will talk about how their fight for better working conditions is a fight for economic and racial justice.

Join us April 4th, 3:30PM-5:00PM in this day of resistance with organized labor in support of Black and Brown workers from throughout the Bay Area.