Winning! From healthcare to immigrant rights

The Republicans’ seven year effort to destroy the healthcare of millions of Americans has been stalled. We would not have been able to win against this bill if it weren’t for the power of people like you and me.

Over the last month, hundreds of people came out to BayResistance actions, die-ins and phone banks. Pressure from around the country helped widen the split between moderates and conservatives, dooming the Senate bill. 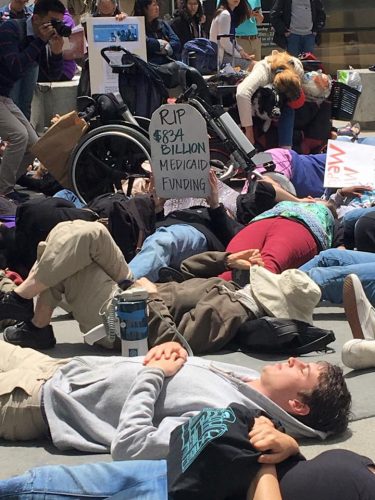 But the fight to protect our health care under the Trump administration has not been won. Republicans are expected to continue trying to repeal Obamacare.

Next Wednesday, July 26th, we will be phonebanking to support SB 54, the California Values Act, which would ensure that state and local resources are not used to fuel mass deportations, separate families, or spread fear throughout our communities.

We don’t need to wait for an ICE raid to step in and defend the immigrants who are deported each day in our state.

Currently, the bill is under attack from California’s Republican sheriffs. We need your help to make calls to more conservative areas of California to build support for a sanctuary state before the vote.