The Supreme Court was going to hear arguments next Tuesday on the constitutionality of Trump’s ‘Muslim ban.’

But then last week, Trump announced a new ban that indefinitely bars almost all travel from six Muslim majority countries plus North Korea.

The new Muslim and refugee bans may be dressed up, but they are still white supremacist, discriminatory, inhumane policies in the same vein as the Chinese Exclusion Act, Japanese American incarceration, and institutionalized racial profiling after 9/11. 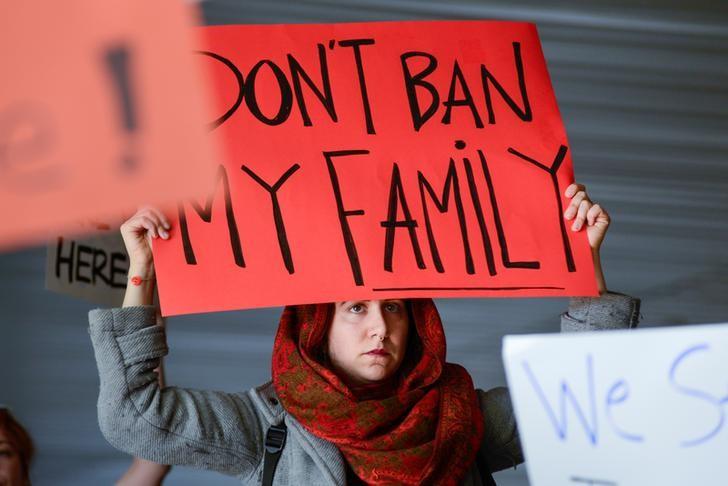 Will you stand together next Monday against this new anti-Muslim and xenophobic attack?

Can you make it to the #NoMuslimBanEver vigil next Monday 10/9 at 6pm at Civic Center Plaza?  We’ll hear stories, songs and poetry from people from impacted countries and come together as a community.