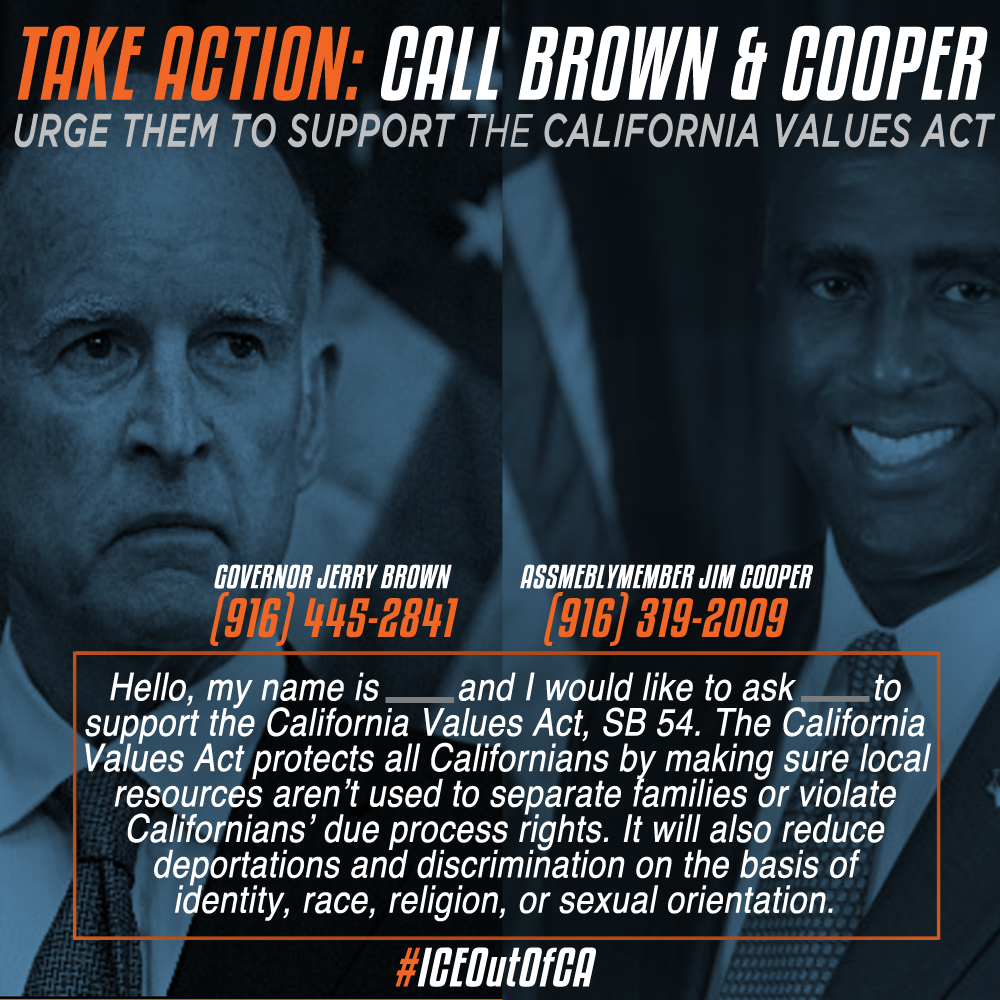 Support the Sanctuary State bill, SB 54, which would block our local and state resources from being used to support Trump’s deportation force. SB 54 will also keep our public schools, hospitals and health facilities, courthouses, and libraries safe and accessible to all Californians.

Now SB 54 is under fire from Republican California sheriffs who are fighting the bill. That is why we urgently need to make calls into conservative areas of California to shore up support before a vote in early September. Join us at this phone bank Wednesday!

Let us know if you can make calls in English and/or Spanish.

See this factsheet by ICE out of CA for more info. SB 54 is supported by multiple immigrant rights organizations, passed the Senate and is now up for a vote in the Assembly.